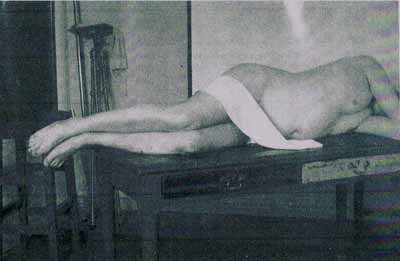 Well, another winter almost over, and wasn't the weather generally miserable. Roll on Spring! And as for Storm Doris - I modelled for a life class in South Manchester that morning, and thought that the force of the wind was going to blow the windows in! And when I went down Wilbraham Road to catch my tram, I was aghast at the number of trees which I saw uprooted, one of which had crashed onto the outside seating area of a café, luckily without causing injuries..

Models in this part of the world will be interested in an email sent to us by Kelly-Marie Lawn, an Assistant Producer with BBC Manchester based in Media City. She is filming for the new series of BBC1's "Right on the Money", a consumer advice programme aimed at helping people understand their finances better and save money. She's approached us because she is working on a short film for the series about the different way people can supplement their income, particularly life modelling, TV/film extra work and suchlike. She's looking for models to appear on the programme to discuss why they love posing naked, and how it helps them earn extra cash. If anyone wishes to help with the project, she can be contacted on kelly-marie.lawn@bbc.co.uk An interesting and useful venture if it helps to promote the cause of nude art: I have offered my support as a naked model, although I have said that my intention is to celebrate the body as a thing of beauty and because I love figurative art, and not to make money. I've said before that when I pose for religious subjects such as crucifixion, I do it for free as an act of worship. And I model gratis for artists who are impecunious but anxious to develop their skill. Also, quite a few artists provide other than monetary compensation, such as deep body massage-lovely!

In complete contrast, a couple of branches of the Womens' Institute in East Cheshire who have art groups are boldly going into the world life drawing. Thanks to some nice recommendations, they've selected me as their model for their sessions! The WI does of course have something of a tradition of artistic nudity, what with the naked calendar produced for charity by a branch in Yorkshire not that long ago.

Speaking of my nude body being tied to a pole, I've already told you about Bill Garland and his artists' collective in Bootle. He's someone else who sees me as his muse, and I am grateful to him for giving me loads of modelling work, including using my body as a pictorial howl of rage against Brexit. There s now a sequel to that, this time inspired by another work by Spencer Tunick. Bill read that Spencer had been disoriented by the way the political framework of the world had become shaken like a kaleidoscope, not just with Brexit but by someone as unlikely as "The Donald" becoming President of the USA and thereby the "leader of the free world." To express his confusion, Spencer had a number of models in Mexico pose naked upside down, illustrating how the previous world order arrangements had been upended. So there I was, in Bill's studio, tied naked upside down to a pole as the centrepiece of a work called "Inversion". There is a picture of this on social media.

One of my Nude Wall partners sent me an email a short while ago saying "Kenneth, in your latest essay about being crucified as St Dismas, you said that someone promised to do a proper job of it next time, and that this might be in a warmer clime, in the open air. and be more authentic". Yes, exactly, this is going to happen, and it's going to be in the Philippines on 14th April. That country is famous for the myriad of groups who re-enact Jesus' crucifixion every Easter, and the guy who made that promise is a representative of one of those groups, a newly created one known as Sa Guimaras Pagtaltal. The group have read my various online essays on my religious reasons for being a nude model, and on my volunteering to be crucified, and see me as an ideal candidate for what they want to do. They're paying for me to be flown to Manila, and taken to a location called Pampanga, a coastal town on the island of Luzon and a long car journey from Manila, in sufficient time to prepare me physically and spiritually. They've already organised my visa for me, so keen are they to have me. I am really honoured that they should have selected me from so far away to take a central role in their passion play, so I hope I will have the courage to fulfil their expectations. Actually, passion play is not an accurate description - this is going to be the real thing, re-enacting the scourging, the dragging of the cross to the site of crucifixion, the mocking offering of vinegar, the piercing with a lance, the washing of the body after deposition and finallly the entombment - so in no way for the fainthearted. I am obviously apprehensive about what I am letting myself in for, but I have always been fascinated by he particular place the Philippines has in re-enacting Jesus' passion and death so it is fulfilling a long held ambition. .

The number of supplicants who are crucified there number several hundred each year, despite ecclesiastical disapproval, and includes volunteers from the west. Probably for cultural reasons, most of the Filipinos who are victims are crucified wearing only loincloths, varying from voluminous to scanty, but this new group specifies complete nudity to maintain historical accuracy. I hope to tell everyone more about this, and about what happens to me when (if?) I return from what will be my most profound religious experience ever.